We've put absolutely every performance and design trick into these blocks to make them perform. Because the GPU cards are large with tall components, the final block is definitely extreme in every sense of the word.

WORLD LEADING DIE DELTA: The Optimus Absolute block achieves a nearly unheard of sub 10c delta or lower on the GPU die. This means the die temp will be only 10c over the water temp (30c die if water is 20c) in most applications, including heavy overclocking and raised bios power limits. In the real world, this means higher overclocks, better stability and excellent reliability.

XL HEATSINK REAR PERFORMANCE: The Optimus XL Heatsink matches or beats even the top active backplates on the market, and absolutely blows past generic cosmetic backplates. The reason is our XL Heatsink isn't a backplate in the traditional sense, but a massive heatsink with full-coverage thermal pad that matches or exceeds the real-world performance of liquid-cooled or heatpipe backplates. In testing, the t-junction will max at 72c during the most intense mining.

"In short, this block is amazing. I have just started to see how hi I can take my OC, but I am really impressed with this waterblock and it is hands down the best block for this card." https://bityl.co/7Hdu

"Finally got my system up and running with an Optimus block. This thing is a cooling beast! Tops out in the low 40c range at 2100mhz after an hour under full load."https://bityl.co/7HdG

"The optimus backplate is really good because of the thermal pad that covers the entire PCB." https://bityl.co/7HdM

"Optimus is no joke. Worth every penny." https://bityl.co/7HdM

GPU temps are redonkulous...I don't know what witchcraft Optimus pulled on this one.https://bityl.co/7HeP

By far the easiest gpu block I've ever installed. https://twtr.in/3Drk

Dropped temps across the board significantly. Dropped my nearly 15c at idle and by nearly 30c under load. Outstanding piece!https://bityl.co/7HdM

...When mining full time at max temp vram junction for me is 74 degrees… https://bityl.co/7HdM

I have the Optimus XL backplate. It is a huge block of aluminum. Does a great job. I'm in the process now of taking benchmarks. My Thermal Junction temp went from 82 deg C to mid 60s deg C. GPU temps are mid 30s when gaming!

The temperatures of the water block are just amazing. https://bityl.co/7HdM

I have the Optimus block as well and people literally did not believe my temps, they said sensors must be bad or something. Hah! https://bityl.co/7HdM

The gpu block is the most amazing piece of computer cooling I have ever held.https://bityl.co/7He9

The Optimus Absolute block achieves a nearly unheard of 8-10c delta or lower on the GPU die, even in extreme overclocking scenarios. In the real world, this means higher overclocks, better stability and excellent reliability. 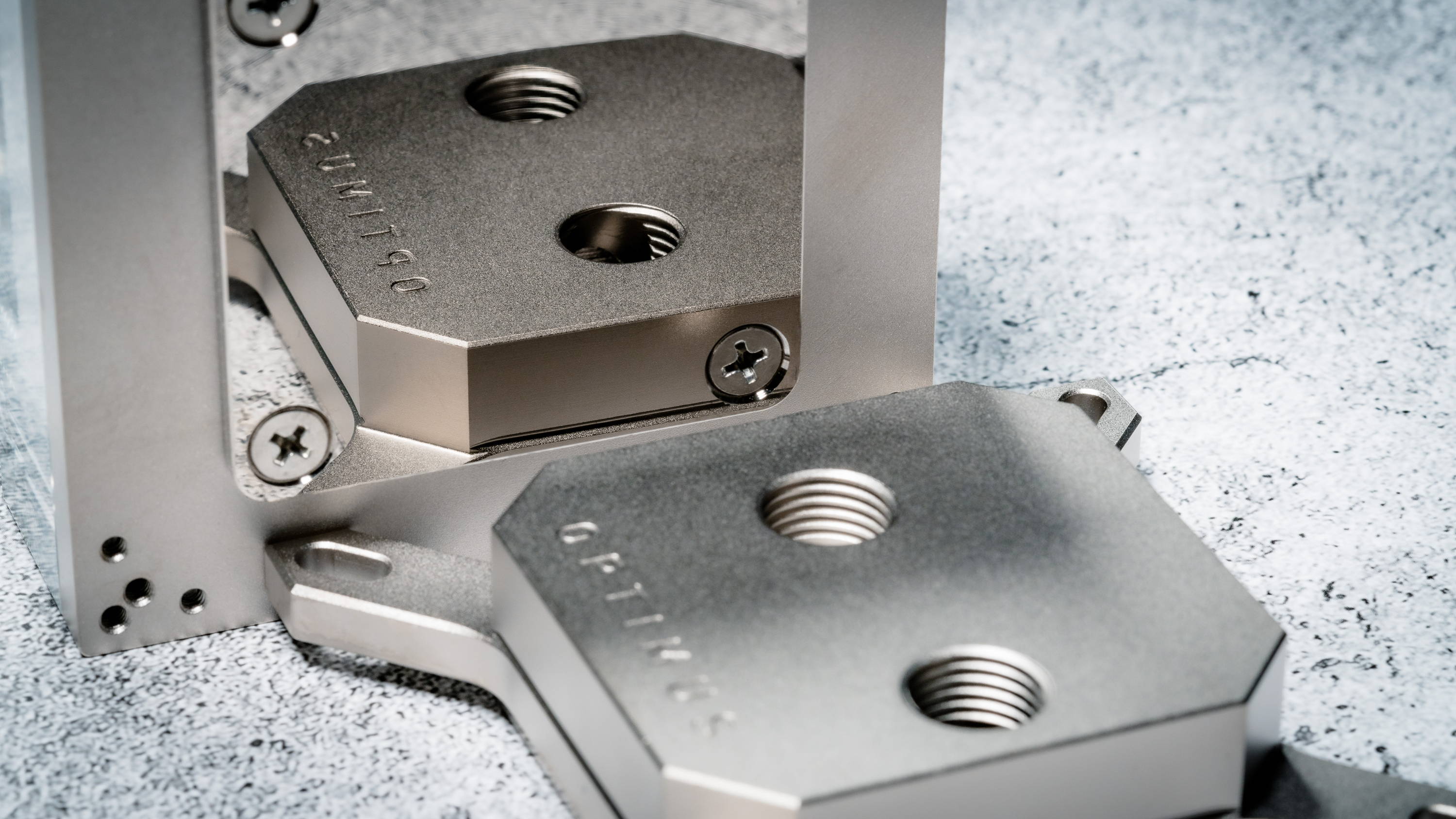 Optimus sets another record for flattest cold plate on the market. Optimus machines blocks less than 1 micro-inch (µin) in flatness. This is 0.000025mm of roughness (measuring the peaks and valleys of the surface).Other companies are over 400% rougher than Optimus coldplates.

The only way to truly guarantee 0.000025mm level of accuracy is to CNC the cold plate perfectly with diamond bits. Optimus created proprietary diamond tooling that allows the cold plates to come off the CNC with a perfect mirror finish.

Additionally, because we control the fins and cold plate to such a precise level, we can make the distance between CPU IHS and the fins extremely small. Thin cold plates are able to transfer heat from the CPU faster than thicker cold plates. 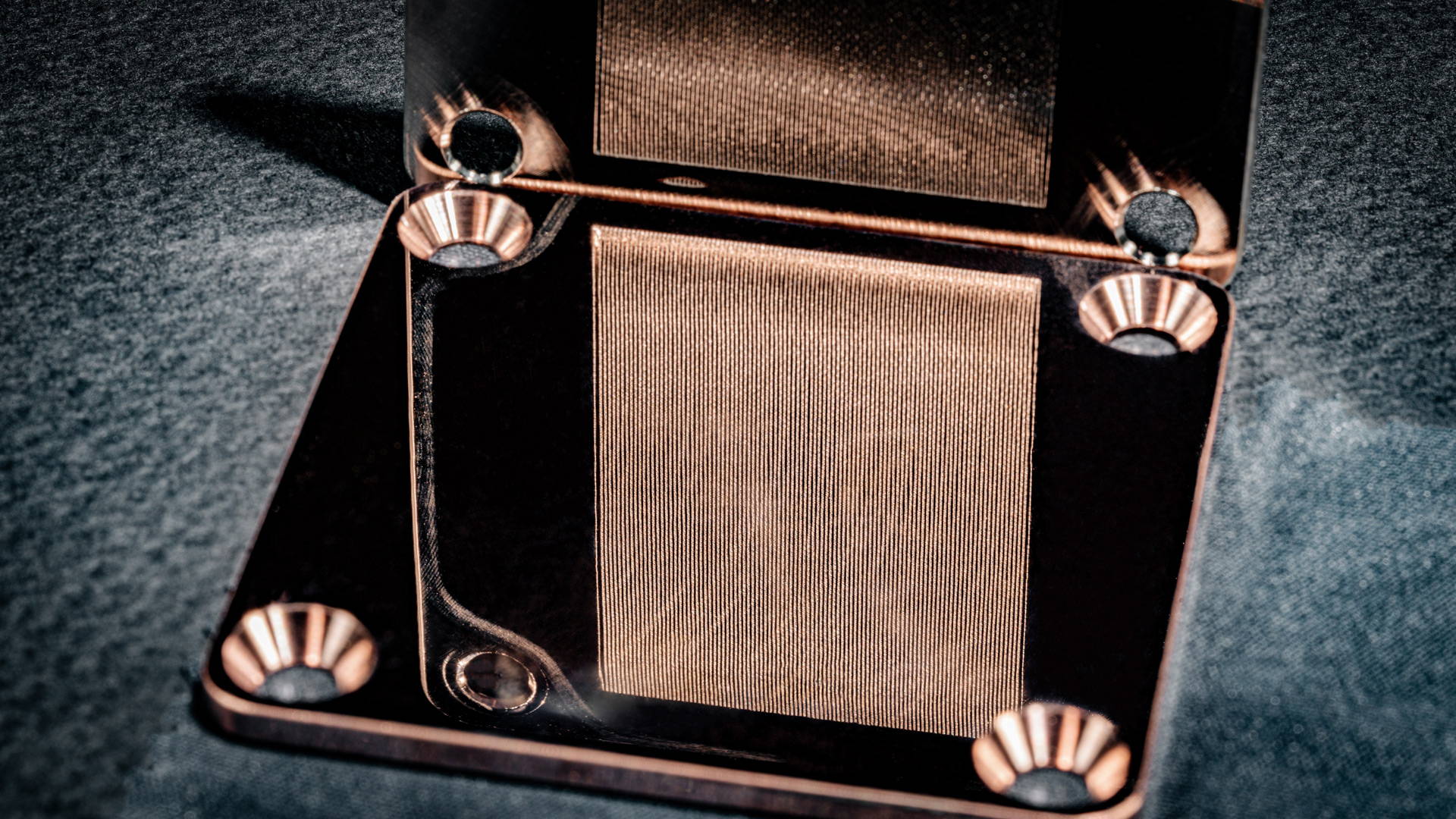 Optimus uses only genuine Plexiglas® and Polycast™ brand cast acrylic. Unlike extruded, cast acrylics offers extreme crack resistance and incredible resistance to liquids, temperatures and chemicals. That's why cast acrylic is the only choice for everything from airplane windshields to the world's largest public aquariums. 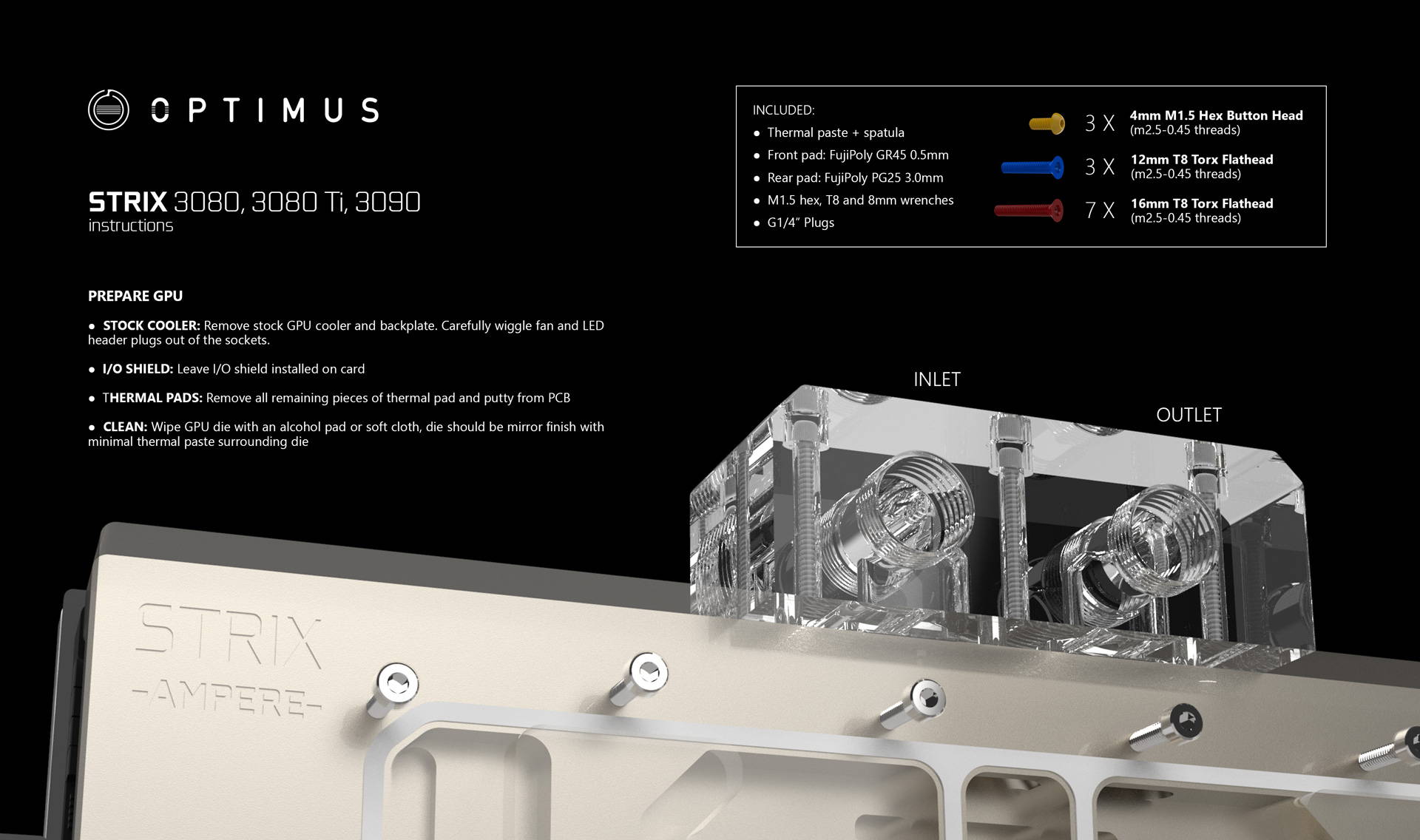 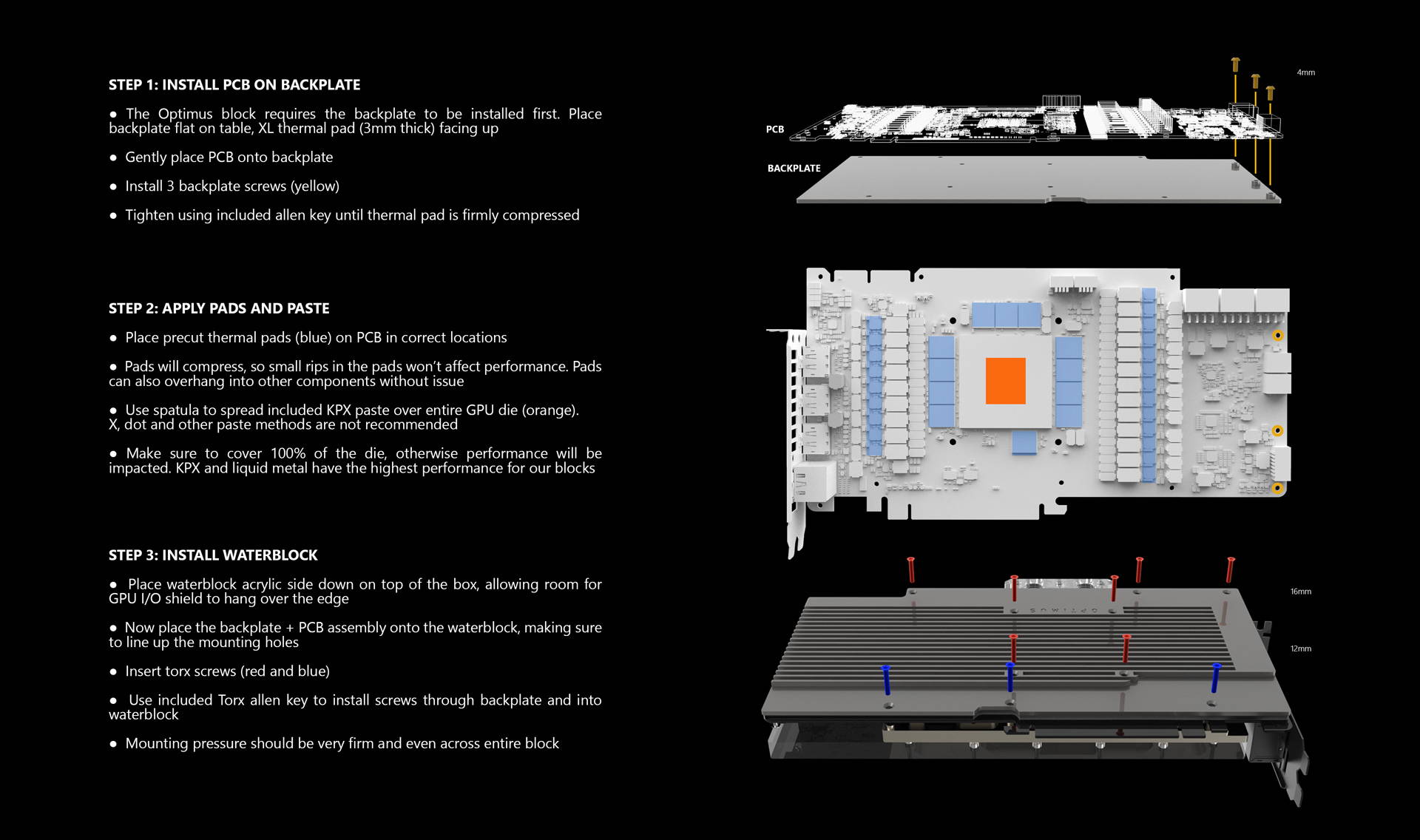